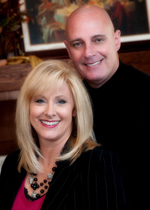 Craig was raised in Dallas, TX. He was a star athlete growing up and like so many people, lived his life as he thought best. Craig fell into the temptations of drugs and was eventually arrested for possession of cocaine.

It was at this point in his life that God intervened. Craig was sent to an experimental faith based program in the Texas prison system. He began to spend eight to ten hours a day studying God’s word and it changed his life. Through the process of brokenness, Craig was transformed spiritually and mentally.

Today, Craig is a minister and public speaker who testifies boldly and honestly about his past and how Jesus Christ changed his life. He has a powerful testimony that he shares in schools, churches and a variety of other locations. In July 2009 Craig was asked to be the keynote speaker at the National Command Center of the Salvation Army in Washington D.C. He is very active in prison ministry, youth ministry, and with churches across north Texas.

Craig is married to Micah Baze-Nedrow who is also his partner in ministry. Micah has enjoyed a successful real estate career and now has her own staging and design company. She is also very active with youth and women’s ministry. They live in Prosper, TX. They have two children and four grand children.

We're not around right now. But you can send us an email and we'll get back to you, asap.